Share a memory
Obituary & Services
Tribute Wall
Read more about the life story of Jacquelyn and share your memory.

Our family sadly lost our beloved mother, Jacquelyn A. (Peckham) Johns, favorably known as Jackie, on January 13, 2023. She passed away of natural causes.

Jackie was born on March 8, 1936, in Waterville, NY, to Ronald and Carol (Mason) Peckham. She attended Madison Central School District, along with her two younger sisters, Julia and Lulu.

Jackie met J. Ronald Johns in 1954; he swept her off her feet, and they were soon married, a marriage that lasted 65 wonderful years, until Ron passed away in September of 2020.

Jackie worked as the bookkeeper, together with Ron, in their bean and corn farming business, for many years. She loved traveling in their motor home, especially with her children
and grandchildren, often driving the motor home to Darien Lake and Gilbert Lake. Jackie and Ron went on many cruises as well as loving the game of golf, playing all over the country together. She even had a hole in one at the Key West Golf Club! She and Ron shared the game of golf with their children. They were members of the Key West American Legion, Key West Sail and Power Squadron, Key West Golf Club, and the Key West Yacht Club, where they had many, many friends including Fred Wickman and Janice Stettner, John Cottis and Celeste Erickson, and Kim Delscamp-Martin.
Jackie was the past president of The Altar Rosary Society at St. Peter’s Church, in North Utica. She was also president of various golf leagues in which she played.

Jackie’s legacy is her family, who will truly miss her, and are thankful that she is now rejoined with her beloved husband, Ron and her wonderful son, Joe.
Her Mass of Christian Burial will be held at St. Patrick/St. Anthony’s Church, in Chadwicks, NY, on Wednesday, January 18, 2023, at 10 a.m.

In lieu of flowers, and in Jackie’s memory, please consider a donation to your favorite charity.

To send flowers to the family or plant a tree in memory of Jacquelyn Ann (Peckham) Johns, please visit our floral store. 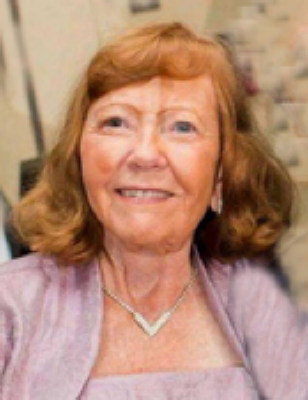 Charity of Your Choice