Fino passed away Thursday, November 17th, 2022, after a long resolute fight against cancer. His endurance and strength in combating the disease surpassed the expectations of many.

He was born in Villafranca, Sicula, Provincia di Agrigento, Sicilia, December 29th, 1959, a son of the late Ferdinando and Concetta (Tramuta) Sortino. His parents relocated Fino and his brothers to America, as young boys, and made Utica, NY their home. He attended St Mary of Mount Carmel grammar school and Utica Free Academy.

If family and friends knew one thing about Fino, it would be, he worked hard and rarely took time off. He was dedicated to his employers and co-workers. If a job ended he would start a new one. He had a 'work eat sleep' routine and stuck to it! He was most satisfied on projects with "Uncle" Bill Gape.

Surviving are Fino's oldest sons, Robert and Corinne(Sobiegraj) Sortino, and Nathan and Nicole Sortino, and their mother Robin(Smith) Sortino; and his wife, Theresa Gibson-Sortino and their daughter, Serafina Sortino and son, Russell Sortino. Sadly he leaves behind his grandson, Derek Frances Fino Sortino, whom he was too happy when born to his second oldest son and daughter-in-law. Fino looks to his brothers, Antonino "Freddy" Sortino, and Patrick and Theresa DeCarlo, to keep an eye on all his above-core people. Other survivors include his close niece, Kayla Ann Sortino (Joe Greco) and Godson/nephew, Ryan Sortino; nieces, Congetta Hartnagle, Kalynn Kiley, Kara Mazzati, DestinyLynn Sortino, and Brittany Jones. Regretfully he says goodbye to his great nephew, Noah Hendrix Greco and great niece, Henly Michele D'Onofrio. He has a large extended family and had many good times with in-laws, Rhea and Ron Misiaszek, Melodye Shampine, Scott and Jinky Smith, Maureen Jones, Bill and Donna Gibson, John and Sue Gibson, Margaret Gibson, Jim and Roberta Gibson, Joe and Brooke Gibson, Joanna Lanphier, and Dan Allen. Fino felt honored to be an uncle and great uncle to many more nieces and nephews, and would like to mention the relationships he had with Bridget DeCarlo, Kristen Boshers, Maggie Valton, Chelsey Gibson, Annie Jane Gibson, Jamie Gibson and his boys, Jesse Gibson and Johnny Gibson. Fino highly regarded his cousins, William and Serafina Gape, Antonietta D'Azzo-Gangi, Andrea and Bryan Anne, Kimberly and John Mesko; and his aunt, Pat Ward.

Fino was predeceased by his previous said parents. His love for them showed in stories of his Dad, and the fond way he would hold his mom and call her "his Gioia''. He also lost his zia, Maria Vetrano; brother, Rosario (Za) Sortino; in-laws, James and Margaret Ward, Robert and Edith Smith, and Melody Annese-Sortino; his lady's, Grace(DeCarlo) Pugliese and Marie(DeCarlo) Cittadino; cousin, Giuseppe Gangi, and “Boss” John Emery.

When Fino did take time off work, he thrived being around family and friends. He loved to make people laugh, introduce new foods, and share music and memories. Missing the Saratoga Jazz Fest, at the end of June, was seriously unheard of! Fino tried every August to get to the Saratoga Race Track to bet the horses. He read the newspaper daily, watched the local and national news on TV, and kept up on his cell phone news feed to keep himself and others up to date and informed. For some reason, he really liked a good political debate. Sundays in the cold months were spent watching football between naps after an early early morning (middle of the night) shift. One of his favorite trips was to Las Vegas with his brother, business partner, and friend, the late Frank Lucenti. Fino was known for his many hat styles, band T-Shirts, and sweatshirts. He couldn't wait for an event, to put on his dress suit, to show off his Jerry tie! Fino never missed a 5 pm phone call.

The family would like to commend the medical care and compassion given to Fino at Faxton Cancer Center. Special thank you to RPAC Windy Mitchell and Dr. Li, for being on "Fino's Team”; Becky in the office, for always being a phone call away and answering questions; Jamie, his infusion RN, for making all appointments, like meeting up with a friend for time out; RNs and staff Lynn, Sam, Dominique, Ben, and many others, for checking on him during treatments with extra bags of potato chips; Lindsey and Kate, for welcoming him at the door; and to Maryann, in the lab, where he had some great conversations; to Dr. Colino, Mariam, and Melisa, at Extend Family Health, for following up with Fino and for the guidance; to Matt, Jim, Tony, and the staff at Parkway Drugs, for explaining medications and advising us; and to friends and co-workers, for reaching out these past few years.

Fino wishes for his special little people, Derek, Noah, and Henley, to keep one another close.

Fino was very proud of the hard workers and good people, his Cucuzza the Astute One, his Big Bubba the Mad Chef, his Faccia Bella the Problem Child, and his Einstein the Cracker are.

Arrangements are with Matt Funeral Service, Inc., Utica. At this time, a private family and friends gathering is planned. In lieu of flowers and offerings intended, consider spending time with those closest to you and sharing a memory with each other.

To send flowers to the family or plant a tree in memory of Roberto Serafina "Fino" Sortino, please visit our floral store. 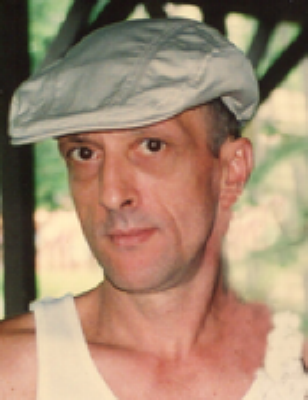 You can still show your support by sending flowers directly to the family, or by planting a memorial tree in the memory of Roberto Serafina "Fino" Sortino
SHARE OBITUARY
© 2023 Matt Funeral Service Inc. All Rights Reserved. Funeral Home website by CFS & TA | Terms of Use | Privacy Policy | Accessibility