Share a memory
Obituary & Services
Tribute Wall
Read more about the life story of Sally and share your memory.

Sally grew up in Cortland, New York. After graduating from high school, she attended Fairfax Junior College in Fairfax, Virginia. Shortly after college, she returned to Cortland, where she met her future husband on a blind date. They went on to have seven children (though she always said she “wanted a dozen”). Sally was the most caring and devoted mother. Her entire life revolved around her children, grandchildren, and extended family. She was beyond generous to everyone she met.

Sally and her family lived in various places throughout New York: Homer, Clarence, and New Hartford. She easily made friends wherever she lived. Sally was an expert seamstress, starting out at the young age of 7. Sally would make the most beautiful creations from any fabric at hand. Her daughters were lucky enough to walk in on the first day of school with a beautiful new dress every year. Later, she sewed all of her passion and love into their wedding dresses. Her creativity and artistic gifts have clearly been passed on from generation to generation. Her baking skills were unequivocally better than anyone around, especially the cookies. Family gatherings are what she coveted most; she made every holiday truly magical. She also loved to dance. Her kindness made the world a better place.

Sally was truly a remarkable woman living each day to the fullest. Sally’s spirited nature and determination were lifelong characteristics. She often shared captivating stories filled with adventure that will live on forever with her family. Sally lived a wonderful life and was cherished by all. She will be greatly missed.

Sally’s family would like to thank the entire staff of the 2nd floor at Menorah Park. Their love and devotion to Sally will never be forgotten.

A private family celebration to honor Sally’s life will be held in the future.

Her legacy lives on in each of her family members, and what a legacy that is.

To send flowers to the family or plant a tree in memory of Sally Barbara (Luce) Goddard, please visit our floral store. 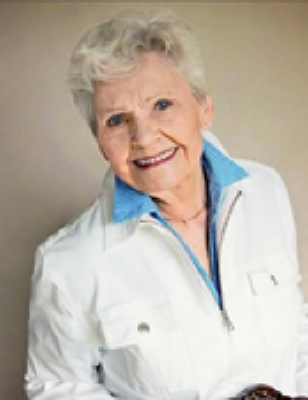 You can still show your support by sending flowers directly to the family, or by planting a memorial tree in the memory of Sally Barbara (Luce) Goddard